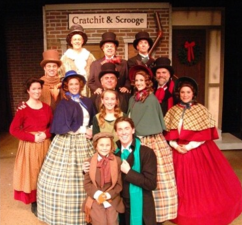 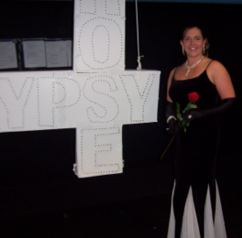 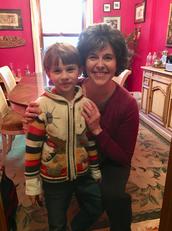 Kelli was cast in the lead role for the short film "Home".  The film follows the life of Helen who tries to find a way to start over after her children are grown.  This film is currently in post-production.  Check back again soon for updates or check out my photo gallery here for a closer look on set during production.

Kelli was cast in a principal role for and AutoZone commercial .  She had a dynamite co-star with whom she battled the frigid temps. Who would have thought shooting a car wash scene outdoors in June would be so cold?! Check out some of the behind the scenes photos in my photo gallery here.

Kelli was cast in a principal role for Peyton Manning Children's Hospital. Such a fun day on set with a wonderful cast and amazing production staff! Check out the finished product here. 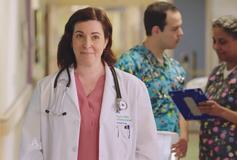 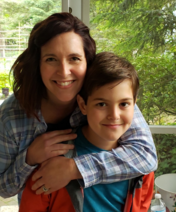 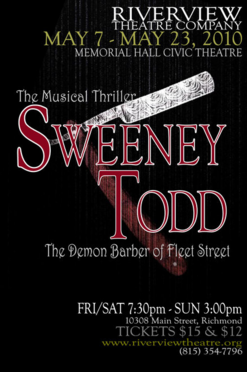 Kelli's past work in the award winning film, Qwerty, can be seen at The Lake County Film Festival screening on Thursday, September 5th, 2019 at 7pm.  Qwerty is playing at The College of Lake County, Grayslake Campus, Room A011.

It's a family affair!  Kelli and son, Chase, were cast together in the Unity Health / Quartz Enrollment commercial.  Chase's first time on set was a smash and he now has the acting bug.

"As author of the book 'Banned in Boston', I was invited to a performance of 'Gypsy' by the Orange Park Theatre and without a doubt, without exaggeration, considering myself an expert on the subject of theatre, burlesque, and vaudeville, I can say emphatically it was the best ever production of 'Gypsy' that I have ever seen...I have seen it at least one dozen times with Rosalind Russell, Ethel Merman, and the PBS version with Bette Midler....Gloria Bennett as Mama Rose combined with Kelli Clevenger as Louise, these women exploded on stage with talent."
-The Florida Times-Union

"Gypsy has a lot going for it...Michelle Nugent (Baby June) and Kelli Clevenger (the grown-up Louise) have wonderful chemistry, especially when they sing the duet, 'When Mama Gets Married.'  Besides playing with grace and elegance the world's most famous stripper, Ms. Clevenger also did an outstanding job as choreographer."
-Entertaining U Newspaper

"Entertainment with a capital 'E' is the best way to describe Orange Park Theatre's latest production, 'Gypsy'...Kelli Clevenger, who doubles as the choreographer for the play, deserves accolades for her remarkable achievements."
-Clay County Line, The Times-Union

Kelli Clevenger, as Mrs. Lovett, was beautiful, witty, a good cook apparently, and a dramatic home run hitter with a beautiful voice.  Victoria Cummings, as the Beggar Woman, did a wonderful rendition of a street urchin with a taste for some coin while traveling down the relaxed road of moral directions...

This a must see show for folks in the area, and we drove nearly one and a half hours for the delight of the day.
- Ed Vincent, Oak Park Journal 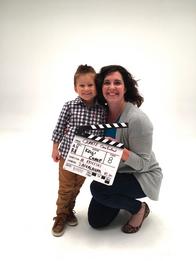 “It is the quietest moments of the play that set this production apart from other productions in the Alhambra’s past.  Shared but silent moments between characters Scrooge and Belle (played by Kelli Clevenger) - these are the ‘extras’ that add an intangible novelty to a well-worn Christmas story.”
-The Recorder

“Equally impressive is Kelli Clevenger in a cameo role as Belle, who sings a moving ‘Better Than Then’.”
- Dick Kerekes & Leisla Sanson, Entertaining U Jacksonville

“The passion and the confilct that happened between Maureen and Joanne (Kelli Clevenger) were well balanced....The combination of vocals and acting ability made them stand out.”
- Steadstyle Chicago

"The show was amazing. The cast and crew are to be commended! I was crying right along with the cast at the end!"

"Wow- I saw Rent originally in London and I am being totally honest in stating this this was actually better than the London cast. The voices, acting, everything was incredible."

"I can honestly say that I've never been disappointed by any production that has been recommended by Goldstar, and "Rent" was no exception. The actors all performed brilliantly, and effectively brought me to tears in all the right places...I think this cast sounded better than the original. If "Big Noise" makes a recording of their production of "Rent" I want it!...Bottom line, this is a MUST SEE!

"This show was excellent! The girls have amazing voices."
- Goldstar

What others are saying...

“I sincerely hope that the opportunity arises in the future that {Kelli and I} may work together again. In fact, I will strive for just that to happen!”
- Luca D. Valente, Director of “Still Born” short film

“I was so impressed by how prepared Kelli was at the first day of rehearsal and how she made sure to learn the music as it was written.”
- Bruce Allen Scudder, composer of “Christmas Carole”

“I could tell that you were experiencing every moment of the song...Thank you!”
-Bruce Allen Scudder, at “Christmas Carole” Gala opening

“Kelli is one of the most consistent actors I’ve ever worked with.”
-Diana Lawrence, Music Director of RENT

“It was great working with Kelli on the Coastal Gold commercial.  We will definitely be using her again.”
-Joel LeVine, e2 Marketing