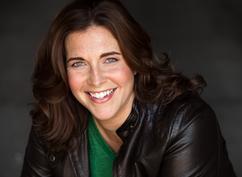 and a dramatic home run hitter with a beautiful voice."

July 14, 2020
Kelli and son Chase cast together in Blue Cross Blue Shield "Here for it All" commercial.

may 15, 2020
Kelli cast in the roles of Ensemble and Rosie & Tanya understudy in Metropolis Performing Arts production of "Mamma Mia".

Short film, "Home", in which Kelli plays a leading role, premiered at Wildwood Film Festival and was nominated for Best Drama.

June 20, 2019
Kelli cast in a principal role for an upcoming AutoZone commercial.

april 19, 2019
Kelli cast to share her voice for an upcoming Xfinity voiceover project.

Oct 28, 2018
Kelli cast as a principal performer for Bank of America commercial.

Sept 14, 2017
It's a family affair!  Kelli's son, Chase Clevenger, and Kelli just wrapped their commercial shoot with Shine United for Quartz Enrollment.  Check out their fun day on set here.

I'm an award-winning SAG-e and emc complete actress, singer, dancer and choreographer who now calls Chicago home. you've seen My work on stage and in film, Tv, commercials,  and print.

thanks for dropping by to view my work.  I look forward to collaborating with you on the next projecT, so feel free to contact me!